Dance and Video -a magical combination 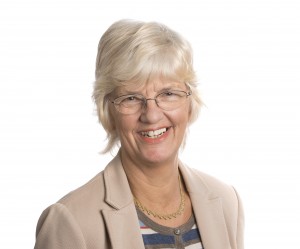 How it all started

“Well we’ve never had anything like it before” said her Headmistress.  “I was hoping you’d take a Maths degree”. However Patricia had other ideas as she wanted to dance, act and create ballets. After leaving school she trained as a ballet teacher at the Bellairs Centre in Guildford so she could pass on her love of dance to pupils in Surrey. After 44 years of running her own dance school and producing shows, Patricia Ellis only retired from teaching last July but still has a very close involvement with the dance world as she is also the managing director and co-founder of Wizard Video Productions Ltd, a career which combines her passion for dance and video.

The award winning video company has now been established over 26 years and, in addition to producing videos for business, specialises in filming school and dance school shows all over the UK. Patricia ensures her team have a unique insight into filming this beautiful art form. Camerawork and sound recording need to complement the music, the drama and the choreography. The company let the show, itself, be the star of the video without gimmicks and special effects.

Performing on stage whether acting, singing or dancing is a very special moment for any child and deserves to be captured properly, not only for family and friends but as a helpful teaching aid for the pupils themselves. By watching the recording of their performance they learn to appreciate the importance of teamwork, the choreographic pattern and storytelling. Producing a school show is such hard work and for many teachers, the video is the only chance to see the show from the audience perspective.

Although short videos can be made these days with tablets and mobile devices, the sound and picture quality can be disappointing and let’s face it, rather biased towards filming one’s own offspring. Many schools are becoming concerned about this growing trend for amateur video as a forest of tablets and mobile phones is rather distracting for the cast and audience and from the issue of child protection.

A good professional camera operator has the experience and expertise to follow and frame the action for the enjoyment of the pupils, their parents and teachers. They also make a clear sound recording of speech and music.

Wizard Video provide this service, which also includes sales packs, and custom made packaging free of charge to the schools. The only cost is the DVDs which are bought by the cast and their families.

Over the years Patricia and the Wizard Video Productions team have been delighted to film many famous dancers from Wayne Sleep & Dame Monica Mason to a relatively unknown soloist with the Houston Ballet called Carlos Acosta! Sometimes schools request backstage footage to be recorded and Patricia often wonders how many of those girls and boys, preparing for their onstage debut will go onto professional careers or like Patricia teach and hopefully inspire the next generation.

This article previously appeared in the February edition of Vantage Point

Preserve your memories for future generations - get all of those VHS tapes transferred to DVD.